Whoop Whoop – we have a winner! 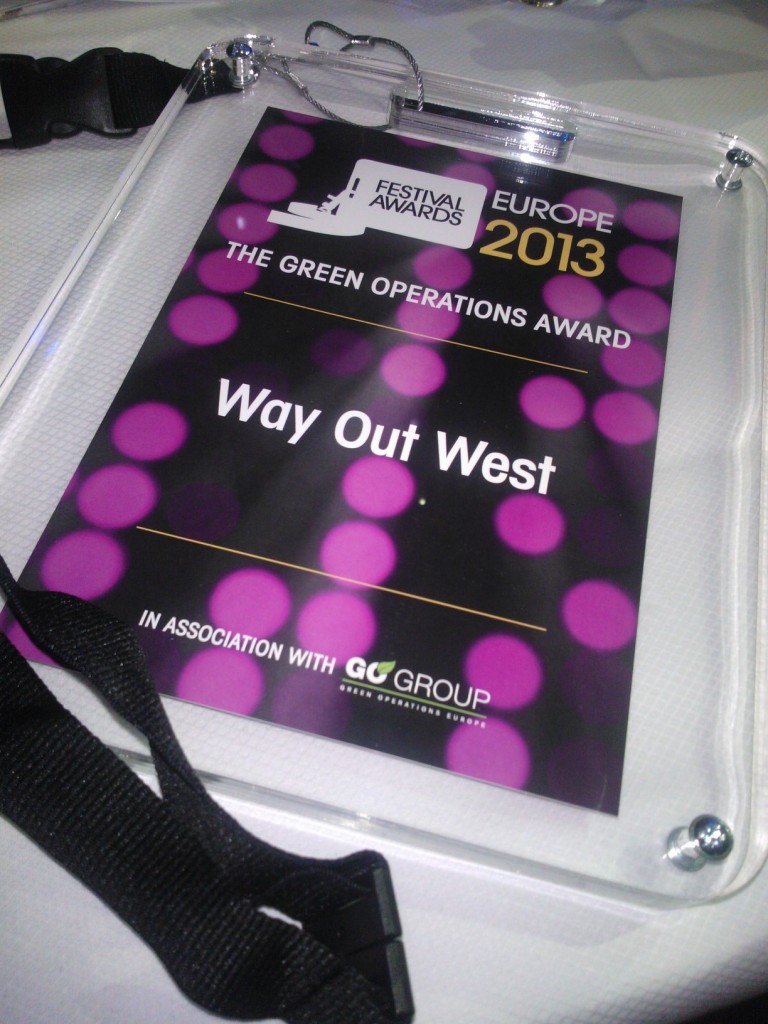 Wednesday evening (15th of January 2014) the Green Operations Award 2013 winner was revealed at the Festival Awards Europe 2013 ceremony at Eurosonic Noorderslag in Groningen.

The short-listed nominees were:

The Green Operation Award 2013 jury, including Green Music Initiative’s founder Jacob Bilabel and the last year’s winner Melt! Festival, had to make the difficult decision to choose only one winner. And here he is „Ladies and Gentlemen, we proudly present the winner of the Green Operation Awards 2013: WAY OUT WEST  from Sweden. Congratulations“

It was chosen for its fabulous sustainablity approach including their mobility program, energy efficiency strategies, waste and recycling management. Further for their extensive research efforts and the brave step they made  after elaborating that catering was the main emission contributor. Based on that, they made the festival „all vegetarian“ in 2012 and continued successfully in 2013. Furthermore, they received the ISO 20121 certification – the first major festival to have received this certification.

More information on the other European Festival Award winners are released here.