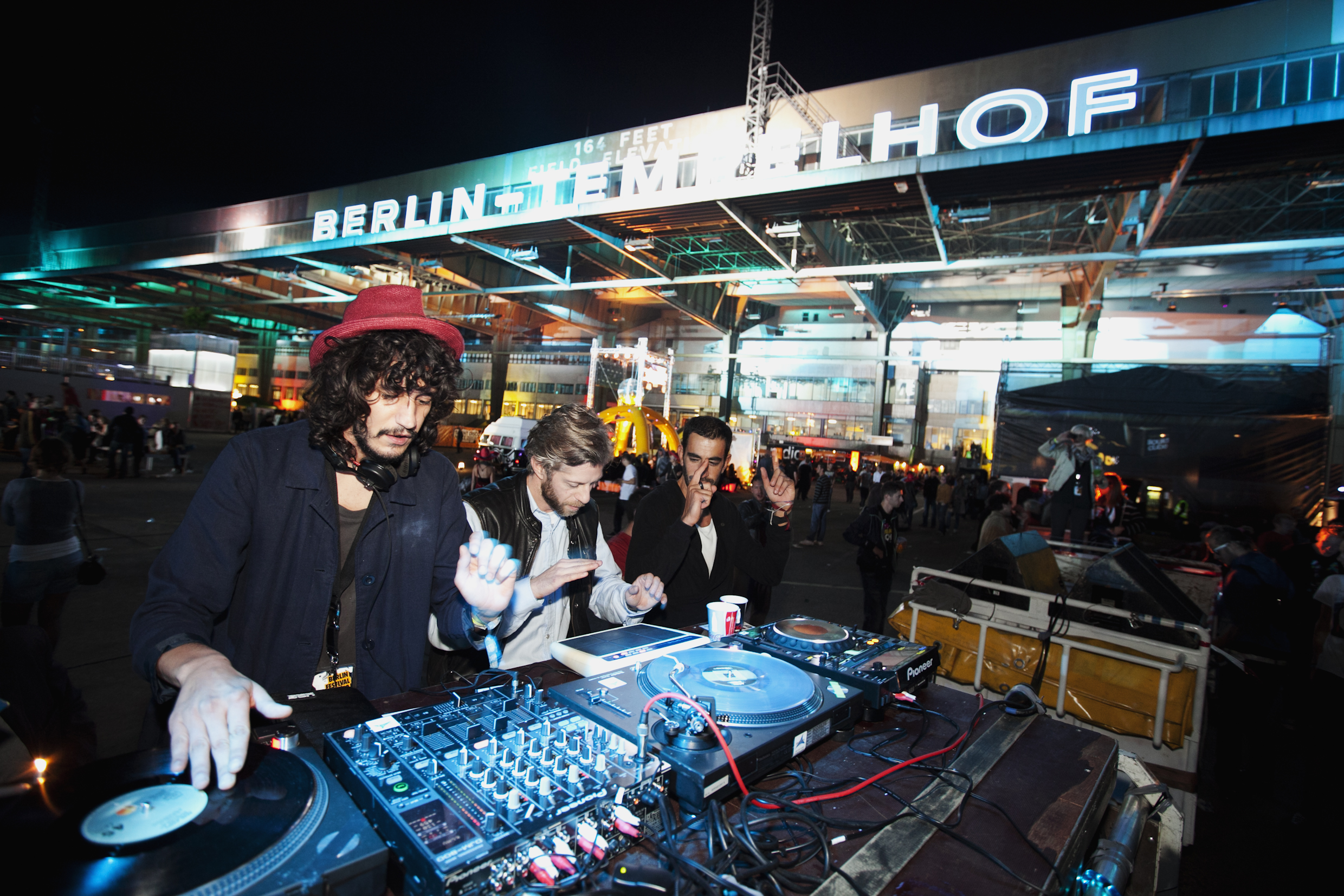 After holding very inspiring and successful Green Music Dinners in Hamburg, in Cologne in the context of the c/o pop and already two times at the Melt! Festival, the upcoming Green Music Soirée took place on the eve of the Berlin Music Week.

On the 4th of September selected international and national representatives of the music scene, science, politics, NGOs and environmental associations came together to collaboratively generate new and innovative ideas on how to run their operations smarter & greener. Keynotes and input statements offered a variety of topics for rich and lively discussions during the Green Music Soirée.

The past dinners have shown that especially the intersectoral exchange added value to the innovation processes. Multiple projects were developed during the past dinners that could already be implemented such as the Green Club Index, Morgenwelt Fahrraddisko, The Electric Hotel and the GO Group. All of these projects are nationally and internationally considered as guiding examples for a music, event and entertainment industry that naturally integrates sustainability in all its operations.

We look forward to hear more about the new ideas and innovations that arose during the inspiring Green Music Soirée in the beautiful ambiance of the Katz Orange restaurant in Berlin Mitte.

To set an example in climate protection the Green Music Initiative supports clubs to reduce their energy usage since 2011 with the Green Club Index project. These activities will now also be translated to arenas and other large venues within the Greener Arena Index project.

Those and many other questions will be discussed during a panel on the 5th of September 2012 at 12.30h in the Spreespeicher in Berlin. The panel is part of the Word on Sound conference program of the Berlin Music Week.

The installation of a 3000 m2 solar roof was the first step on the way towards a renewable future of the festival site Ferropolis, which is known for its impressive scenery of massive excavators; the remains from the site’s original purpose as open cast coal mine.

Ferropolis and the Green Music Initiative strive to turn the site into a “walkable Energiewende”. They invited a broad range of experts to two workshops on energy and tourism to share their experience and ideas on how such a vision could be implemented. The participants confirmed the peninsula’s unique potential to become a showcase of futuristic renewable energy systems, a ‘walkable Energiewende’. As a result, a sunplugged stage, running on on-site generated renewable energy only, will be launched at next year’s Melt! Festival.

Further outcomes of the two workshops will be presented in Berlin on 6 September 2012. National and international representatives of politics and the music industry will be introduced to this promising project at a reception in the representation of Saxony-Anhalt.

On a yearly basis the Green Music Initiative gives out the Green Music Award for outstanding achievements in making the music and entertainment industry more climate friendly. Artists, organisations or innovative ideas are awarded, who successfully implemented strategies that contribute to CO2 reduction in an exemplary way.