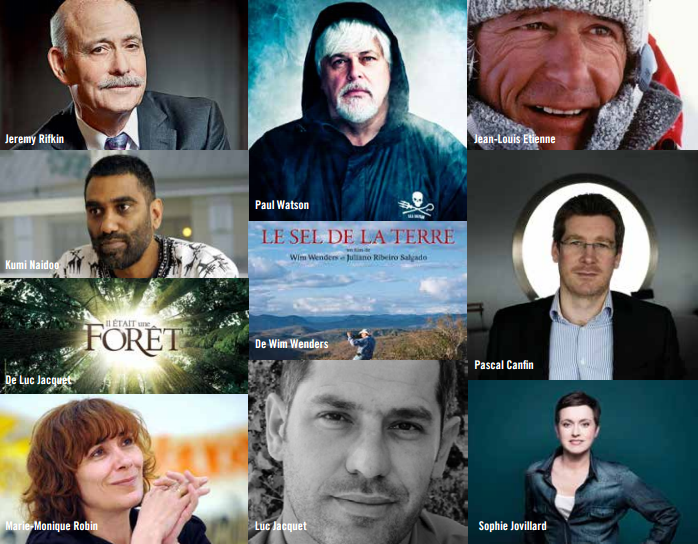 This year the lovely WE LOVE GREEN Festival in Paris (May 30 – 31) for the very first time will host the Festival THINK TANK experiment. WE LOVE GREEN is one of Europe’s most sustainable festivals set in the majestic scenery of Parc de Bagatelle in Paris with a capacity of 14.000 visitors per day.

The THINK TANK idea: to give the festival audience the opportunity to get to know leading activists, inspiring thinkers and social entrepreneurs during their main stage keynote speeches in between the music acts. And then swap ideas with them in a more intimate athmosphere in hosted discussions and roundtables. The programme will consist of a mixture of well known international speakers and inspiring french personalities, all delivering their views on the world we live in. And share their passion on how to create a better place for all of us. The sessions will be hosted by french TV journalist Sophie Jovillard (France Televisions) and Green Music Initiative’s founder Jacob Bilabel.

Voices & Visions.
To make this happen, the WE LOVE GREEN people have created the THINK TANK, a 500-capacity clearing amid the greenery on the festival grounds where people can use HD translation sound helmets to tune into eye-catching projections and thoughts.  Among the high-profile speakers are KUMI NAIDOO, Executive  Director of Greenpeace Worldwide; JEREMY RIFKIN, economic  and social theorist and author of the ‘Third Industrial  Revolution’; Sea Shepherd pirate Captain PAUL WATSON;  Transantarctica explorer JEAN-LOUIS ETIENNE; YANNICK  JADOT, Member of the European Parliament; PASCAL CANFIN,  former French Minister of Development and now senior  advisor on climate for the World Resources Institute; and  RENAUD BETTIN from French non-profit NGO GERES (Group  for the Environment, Renewable Energy and Solidarity).

Projections include Wim Wender’s ‘THE SALT OF THE EARTH’ following the  emotive work of photographer Sebastiao Salgado, and ‘SACRE  CROISSANCE!’ (Sacred Growth!) by investigative journalist  MARIE-MONIQUE ROBIN who explores the transition to a  post-growth society. Documentaries include ‘THE CLIMATE  BLUEPRINT’ by RUTH CHAO & FRAN X. RODRIGUEZ that sums  up 40 years of international climate negotiations ahead of  COP21, which takes place from 30 November to 11 December  2015 taking place in Paris.

And there will be music, too:
JULIAN CASABLANCAS + THE VOIDZ / RATATAT / JOEY BADA$$ / NICHOLAS JAAR / SIRIUSMODESELEKTOR / BEN UFO / ROMAN FLÜGEL B2B BARNT / CHRISTINE AND THE QUEENS and many more…
LINEUP.